The results of my manometry testing came rolling in early August, and they weren’t what I hoped. I was hoping that for as uncomfortable as that experience was, it would result in me not needing to rely on a feeding tube any more. Unfortunately the testing showed that there is complete chaos instead of organized communication between my brain and my guts. As my condition has progressed, the nerves of my digestive system have ceased to receive the correct messages from my brain, so my body doesn’t quite know what to do with food.

My doctor had stopped my daily TPN (total parenteral nutrition) back in June to see how I maintained without it. I dropped a quick 15 pounds. He is still holding off on that, but with the recent test results he said I needed to go back to having a J tube to help make up for what I can’t eat by mouth. Since I’ve had so much trouble with past tubes migrating where they shouldn’t be, the decision was made to surgically add another tube directly into my jejunum, and convert my other tube to just a G tube, which sits in my stomach. I was pretty disappointed with this news, as I’d felt like I had been eating and keeping down a decent amount of food. The end story is it’s not enough to maintain my nutrition.

Since I have an important surgery scheduled in October to address a spinal fluid leak, and my Neurosurgeon wants me to gain some weight before then to help with the healing process, the sooner the better for getting my feeding tubes up and running. I was referred to a liver and pancreas surgeon, who would also be getting some important biopsies while he was doing my tubes. I tend to groan each time a new doctor is added to my growing list of specialists, but it didn’t take me long to realize I really liked this guy, and he was doing his best by me. So, we packed up for another trip to the hospital.

The last week in August we had the kids divided up among friends’ houses so that they wouldn’t miss school and my main man could spend the first night in the hospital with me, which is about a two hour drive from our house. The morning of surgery was a rough one; I had learned that because of lack of “real estate,” so to speak, this surgery would not be able to be done arthroscopically, which made me pretty nervous. Everything seemed to be running behind, so it felt like forever sitting in this tiny room with way too much time to think about what was about to happen. Even though I was in the cancer wing of the hospital, they were funny about using my port, and instead I got stuck with a terribly done IV line that was clearly going to prevent me from the writing and drawing I had planned to do during my stay, let alone being able to use my crutches to get around. I was angry, exhausted, and terrified that morning, and when my sweet surgeon peeked in on me at one point, I begged him to just put me to sleep right then.

My sister was quick to pick up on my panic, and during the waiting she Facetimed me with my little nieces and nephews, which did wonders for my heart. Whatever did we do before cell phones?!

Usually I get premedicated before rolling into the operating room, and it tremendously helps knock down the anxiety of that huge, bright room bustling with masked people and all kinds of frightening equipment. This time that didn’t happen, and after kissing my man goodbye I ended up on the operating table very unmedicated with just a couple nurses and no surgeon yet, watching the counting of the piles of hard metal instruments while tears poured uncontrollably, stopping to pool under my ears on the refrigerated-feeling pillow. There are just some moments there are no bootstraps to pull up on, and I’m grateful that in the frenzy of such unrest, I was still kept, eventually whispered off to a peaceful sleep.

Waking up found me with a large incision from ribcage to belly button, and now two tubes instead of one protruding from my belly. My hubs stayed the first night in the hospital with me before heading back to Ohio to care for the kids. Of course things went smoothly until I was alone, when I started experiencing difficulty catching my breath, pain we just couldn’t get on top of, and puking my guts out, which was a new form of torture with the length of my abdomen held in stitches.

The baffling thing was trying to get my nutrition going through my new tube. For some time I had been using Liquid Hope which is a blend of real, actual food, like fruit and veggies and proteins blended up. Well the hospital didn’t carry this, so they were trying to convince me to use one of the formulas they had to offer. Read the ingredients on these some time, it’s disgusting. Sugar and fillers and all kinds of things I shudder to pronunciate. I had tried these early on when I didn’t know any better, and not only did they not help me gain weight, I felt terrible on them. I wasn’t about to throw all that progress away, especially while I was trying to heal from major surgery. The nurses and doctors made it increasingly apparent that they were inconvenienced by my request, and kept sending different people in to try to convince me to have formula. I even asked if the cafeteria would let me order meals and just blend it for me to go through my tube. I don’t think they even checked into that one. When they realized that I wasn’t going to change my mind and I’d just as soon go without than willingly ingest something that makes me sick, they worked out a plan. It was so silly. They were able to get some Liquid Hope, but they said they weren’t able to open it and mix water into it, so they would courier it over to the milk bank at a nearby Children’s Hospital, they would open it and add some water, and then courier it back over to my hospital for me to use. The whole situation was sadly comical, and left me wondering why in a place of health and healing I was having to fight so hard simply to be fed real food. I was not afraid to stand my ground, but how many people are at the mercy of these ridiculous rules, and suffer because they don’t have a voice for themselves? It’s sad, and I hope that we will see a change. Healthy food and nutrition isn’t something that should have to be begged for, nor should anyone be made to feel like a burden for asking for such.

The days in the hospital dragged on, and I grew so frustrated with the way I was treated and the loneliness of sitting there alone, I pleaded with my kind surgeon to spring me loose. I knew I probably wasn’t ready, especially for the two hour car trip over the pothole-riddled highway, but the healing medicine of being back with my loves was a much stronger pull for me by then.

Now it’s close to three weeks later, and I’m still dragging through this recovery, anxious for the day I can cough or sneeze or laugh without feeling like the angry red stripe down my middle has been torn fresh. I am feeling anxious with another surgery on the near horizon, and wondering if I will even feel recovered before parts of this process repeat themselves. For now it’s lots of snuggles, games, and movies with my people in my giant bed, and trying to believe that this too, will pass one day. 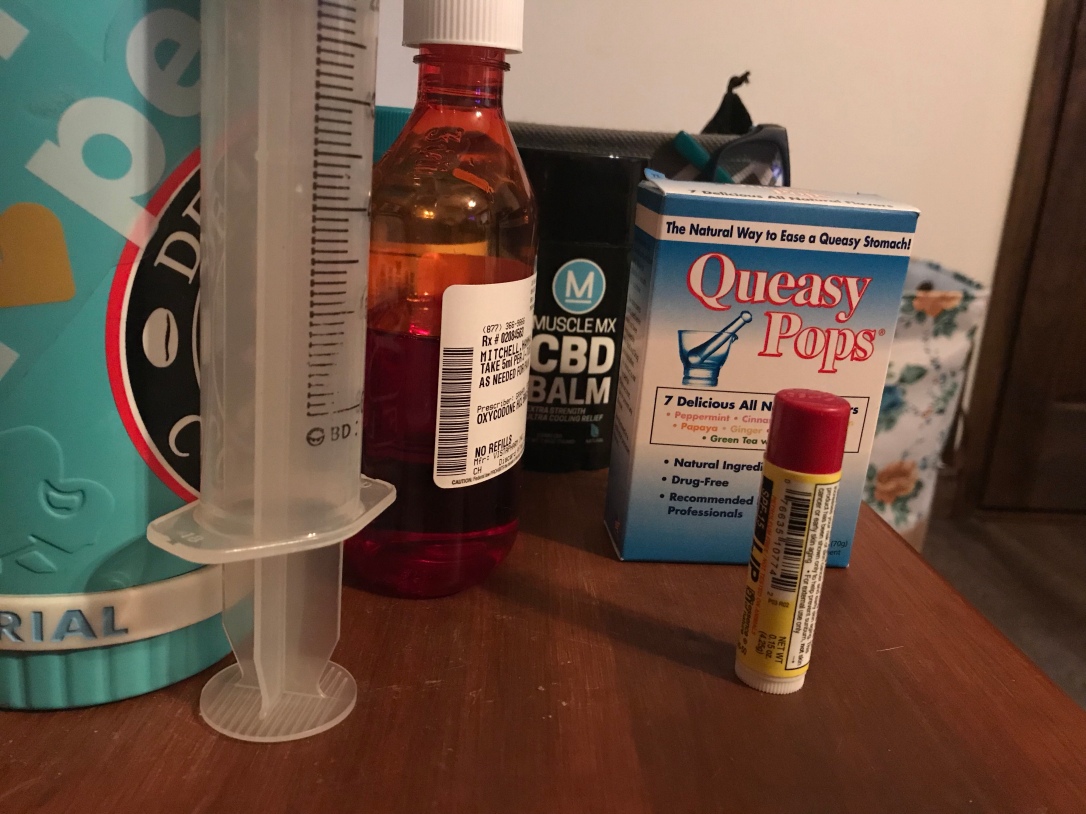 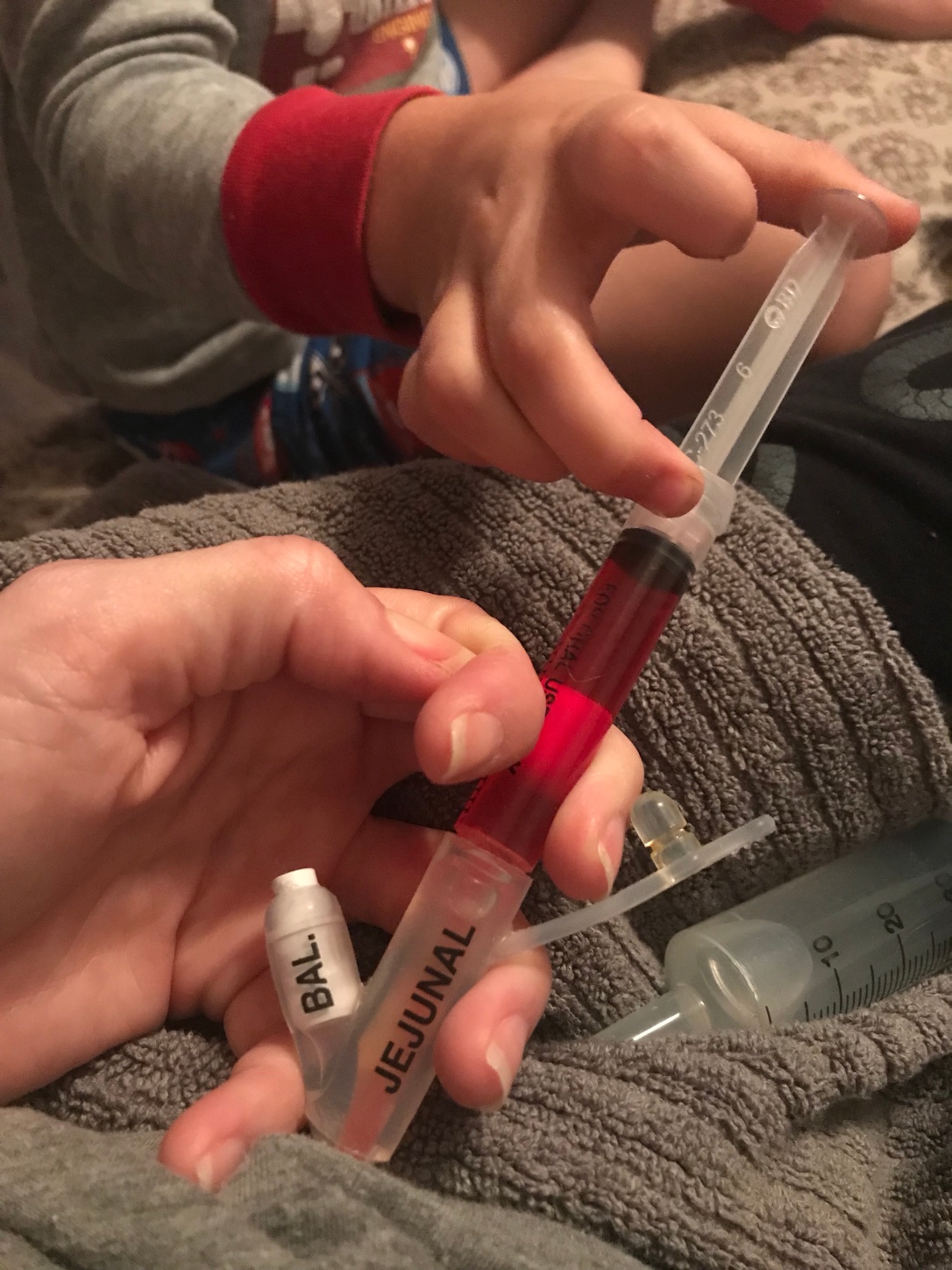